Another win for the man known as the mad scientist along with his ‘one length’ Cobra irons and wedges. Check out all the clubs Bryson DeChambeau used to triumph at the Memorial Tournament.

If you didn’t know already, Dechambeau has a shaft the length of a 7-iron in each of his clubs for a more consistent swing plane which each club.

He also uses jumbo grips and bathes golf balls in saline water to check they are correctly balanced. But we all do that, right?

Single length irons were really brought back to the mainstream by DeChambeau when he won the US Amateur and NCAA Championship in 2015.

At the time he was using Edel single length irons but after turning pro he soon signed a deal with Cobra.

It then prompted Cobra to release their own single length irons with the release of the F7 and Forged One models.

DeChambeau carries the King One Utility irons for his 4 and 5 then the Forged One from 6-PW.

He still uses the King LTD driver and 3-wood but has added the King F8+ 5-wood since he last tasted victory at the 2017 John Deere Classic.

His wedges, which are also in One Length are the Cobra King models. 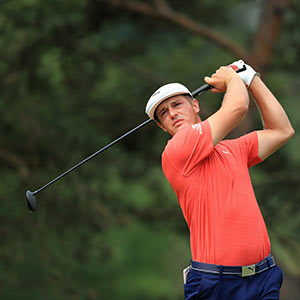