Dustin Johnson's meltdown on the 6th at Byron Nelson

There’s nothing amateur gofers enjoy more than watching a top tour pro do something they are guilty of themselves.

After hitting it out of bounds to the right on the par-4 6th at the AT&T Byron Nelson, nine-time winner was forced to re-load and hit his third shot from the tee.

And what normally happens when we’ve just gone out of bounds to the right? Yep, we pull it to the left.

And in this case, left was not where you wanted to be as there was knee-high rough waiting for you.

After making a swing for his fourth, Johnson looks out towards the fairway but can’t see his ball. That’s because he’s failed to remove it from the rough.

The fifth shot is marginally better but still hasn’t made it anywhere near the fairway, let alone the green.

It’s at this point where most club golfers would pick their ball up and put a blob on the scorecard.

Johnson then chips up onto the green and two-putts for an eight. Under the circumstances, it could have been much worse. 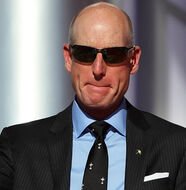 american golf News: Furyk the favourite to take over the Ryder reins

In two weeks outgoing captain Davis Love, Tiger Woods, Phil Mickelson and three PGA of America officials will sit down to begin discussing the next Ryder Cup captain. The favourite for many is Jim Furyk, still the No 34 in the world. 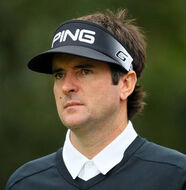 american golf News: Bubba Watson wants to be a mayor – yes, you read that right!

Mayor Bubba, two words you probably never thought you would read. But the two-time champion of Augusta has revealed to the Associated Press that he would consider running for political office near his home town on Pensacola in Florida.