Leishman sublime as he takes the BMW Championship in Chicago

Marc Leishman romped home by five, Wesley Bryan plays on the run and what on earth was Pat Perez wearing?

It was a relatively nervy final day as Marc Leishman took the honours at Conway Farms, his second victory of 2017 following the win at Bay Hill. 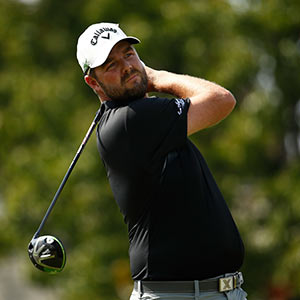 The Aussie led by five at the start of the day, Justin Rose (65) got that back to two after six birdies in his first 13 holes, but Leishman then rolled in a pair of birdies at 15 and 16 to give himself a comfortable cushion. In the end it was a five-shot win after another birdie at 18 gave him a 67 – he began the week with efforts of 62-64.

On a day of endless calculations Leishman will go into next week in fourth spot – behind Jordan Spieth, Justin Thomas and Dustin Johnson – while Jon Rahm (T5) stayed just ahead of Rickie Fowler (T2) in the battle for that all-important fifth spot on the money list.

Any played from that top five who wins the Tour Championship is also guaranteed the FedEx Cup, for those outside it is down to what the other players do. Fowler, needing a birdie to overhaul Rahm, took on the 18th with a driver from the fairway and hit a beauty just through the green but was then unable to get up and down.