Phil Mickelson finds form ahead of US Open 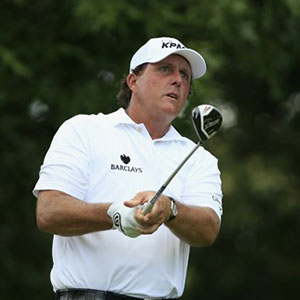 Phil Mickelson made a timely return to form ahead of the US Open with a five under par final round at the St Jude Classic to finish in a tie for third.

The 44-year-old goes in search of that elusive US Open title at Chambers Bay this week after finishing second on six occasions at the event.

Mickelson, who only needs the US Open to complete a career grand slam, finished on -8, one behind England’s Greg Owen and five behind eventual winner Fabian Gomez of Argentina.

His final round 65 consisted of eight birdies which bodes well for the challenge of Chambers Bay where imagination on the putting surface could be key.

“I’m feeling a lot better about heading into the US Open after this week than I did after last,” Mickelson said.

“Looking back there were there were three, four, five shots I left out there. I really hit a lot of good shots. I made a lot of birdies. Made some good putts.

“More importantly I was able to control the miss for the most part on where I wanted it to go. I hit a lot of good iron shots the way I wanted to and ended up making some good birdies.

The five-time major winner insists he has made his game plan for Chambers Bay which he labelled a “special” golf course.

”If you're going to be ready for this tournament, it takes a lot more time to learn the golf course than just a couple of days, and if you're having to use Monday through Wednesday to do that, you're not putting that effort into your own game.

“I’m pleased that I've developed kind a game plan for each hole and how I'm going to get to certain pins.