Rory McIlroy’s Masters preparations suffered a blow as he missed the cut at the Honda Classic.

And the world number one was less than amused with his performance. 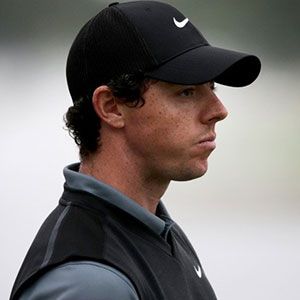 The Northern Irisman, who won the event in 2012, was seven over par at the halfway stage - missing the cur by three shots.

McIlroy admitted he wasn’t at the races but has a history of not playing very well in bad weather conditions like what the players have faced this week at PGA National in Florida.

“I guess after coming off a three-week break, and then felt a little I wouldn't say rusty, but just not quite on top of my game,” McIlroy said.

“On Thursday, I felt like I was trying to get something going and couldn't. Coming off three weeks off and playing in conditions like these, it sort of shows you where your game's at.”

McIlroy came into the event on the back of winning the Dubai Desert Classic three weeks ago but missed the cut in a PGA Tour event for the eleventh time.

In 2013, when defending his title, McIlroy famously walked of the course at the Honda Classic citing he had toothache.

Last year he made amends before losing out in a play-off to American Russell Henley.

McIlroy continues his preparations for the Masters on March 19 where he’ll play the Arnold Palmer Invitational at Bay Hill for the first time.