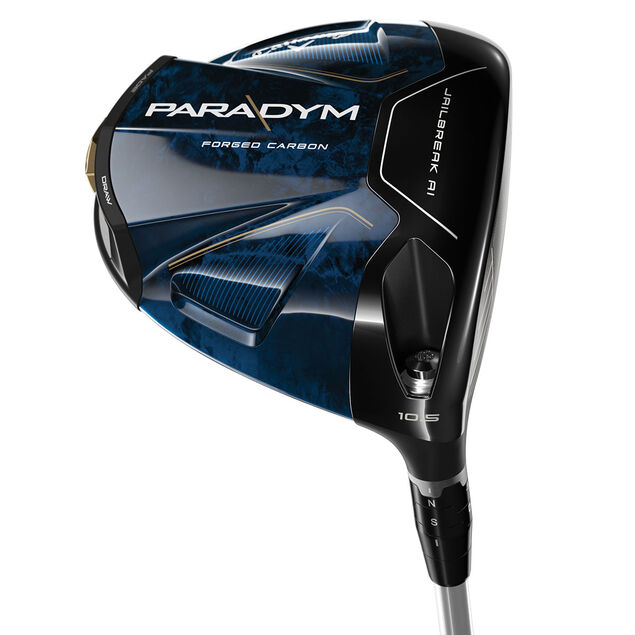 More about this product

The all-new Callaway Golf Paradym driver for 2023 provides a refined shape with high MOI and adjustable perimeter weighting. Engineered for players of all skill levels, this club promotes high launch and low spin characteristics along with a neutral ball flight. It’s Callaway's best combination of distance, forgiveness, and adjustability.

The 360° Carbon Chassis is an industry-first to promote unprecedented weight redistribution for maximised distance. The Triaxial Carbon Crown and Forged Carbon Sole is around 44% lighter than a titanium chassis. These massive weight savings is repositioned for higher MOI and increased forgiveness.

By applying Artificial Intelligence to the architecture of this structure, the new 33% lighter design improved stability in both horizontal and torsional directions. It essentially changes the way the head and face behave at impact to unlock even more ball speed from Callaway`s industry-leading COR.

Callaway Golf has advanced its new face architecture across to deliver more speed, launch, and spin, and now downrange dispersion for extra performance.

The Paradym driver features a has a 15g sliding weight at the rear, which offers even more adjustability to promote the ball flight that you want to play. Combined with the OptiFit hosel, the Paradym provides up to 12 yards of shot shape correction.
Code: 417900