Pettersen back in the winners’ circle at LPGA Classic 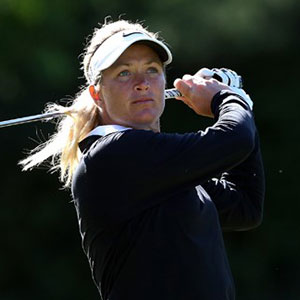 Suzann Pettersen claimed it was nice to be back after landing her 15th LPGA Tour victory at the Manulife LPGA Classic.

Former world number one Pettersen, who led by one shot heading into the final round, finished on 22 under par, just one ahead of Brittany Lang.

“I kept digging deep and finished strong and I feel like I played really good golf this week. So I’m really excited for next week and it’s nice to be back,” she said.

“I made a good birdie on 8, backed it up with a tap in birdie on 9 and hit a great 4 iron to 10 and kind of felt like that set the pace a little bit,” said Pettersen.

Pettersen’s main challenger down the final stretch was Lang, with the 2012 winner of the event shooting a 7-under 65 to finish on 21 under.

The 29-year old American birdied three of her final four holes to get within one shot of the lead But Pettersen closed with birdies on 16 and 17 to get to 22-under and had a tap-in par putt on the last to seal the win.

She said she didn’t look at the leaderboard late in the round and thought she had a bigger cushion on her last two holes.

“I actually thought I was two or three clear standing on 17,” said Pettersen. “I was asked if I knew where I was and I said no. They said you need a couple more birdies. I think that made 17 a little easier because I thought I had much more of a cushion.

“Brittany had finished so strong. Very happy with the way I played and the way I handled myself.”

Pettersen said she will enjoy the victory for one night then turn her attention to Westchester Country Club where the Tour’s second major will take place next week for the KPMG Women’s PGA Championship.

“I hope I didn’t peak one week early,” Pettersen joked.

“But this is just a start, this is what I’ve been working for. I’m starting to feel that the process is kind of coming together.”