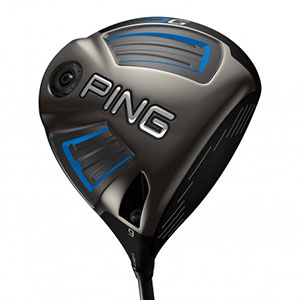 PING has introduced its new G Series – focusing on giving golfers maximum forgiveness and as much speed as possible through a combination of centre of gravity (COG) placement optimisation and advanced drag reduction technology.

The G Series is the company’s latest game-changing innovation and will provide measurable performance gains without sacrificing any of the important attributes PING players have come to love.

This new range follows hot on the heels of the hugely popular G30 series, and includes three driver options: standard, SF Tec (Straight Flight Technology) and LS Tec (Low-Spin Technology), along with three fairway woods (Standard, SF Tec & Stretch), hybrids and irons. PING has also announced a new G Crossover, a new category of club designed to provide the distance of a hybrid with the control and accuracy of an iron.

Through the use of Dragonfly Technology, a thinner crown enables the weight to be re-allocated within the head to move the CG even lower, thus maximising the Moment of Intertia (MOI) for optimal forgiveness. As well as repositioned turbulators to further delay air flow separation prior to impact, the new G driver also features Vortec Technology which improves clubhead aerodynamics by minimising wake turbulence for faster clubhead speed and stability. 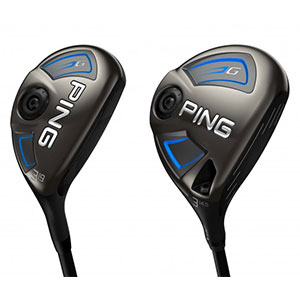 A lower leading edge sits closer to the ground which raises the impact position on the face to make getting the golf ball airborne much easier. The properties of the Carpenter 455 steel face allow for a thinner, variable-thickness face, which increases flexing at impact to deliver greater golf ball speeds and higher launch through improved roll-radius consistency. New cascading sole design engages more of the structure during the face bending process, resulting in a large springing effect for faster golf ball speeds. Like with the driver, a thinner crown means discretionary weight has been used to move the CG lower and further back, making it easier to get the golf ball airborne and launch it higher.

Through a similar use of a cascading sole design and a Carpenter 455 steel face, the G hybrids enable more face bending for increased golf ball speeds. Combined with un-painted grooves in the middle of the face, the addition of turbulators improves alignment and inspires confidence by providing improved golf ball capture at address. 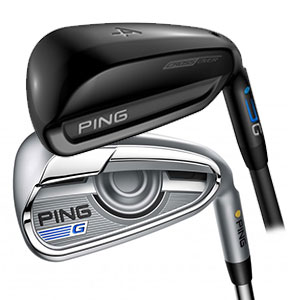 Featuring PING’s revolutionary COR-Eye™ Technology, the new G Iron’s thinner face facilitates more bending at peak deflection for additional carry with a higher max higher for increased stopping power. The newly designed cavity structure houses the concealed Custom Tuning Port that connects to the sole for the very first time, enabling each iron’s center of gravity to be moved lower and father back for extreme forgiveness. Also new in the G Iron is the Ascending Weight Technology (AWT) 2.0 shaft which provides improved distance and accuracy with long irons and more control with short irons and wedges.

With its introduction defining an innovative new category, the G Crossover provides golfers the distance of a hybrid with the control and accuracy of an iron. An iron-style Carpenter 455 steel face coupled with a tiered internal sole maximises both trajectory control and distance, while extreme toe weighting expands perimeter weighting to provide hybrid-like forgiveness.